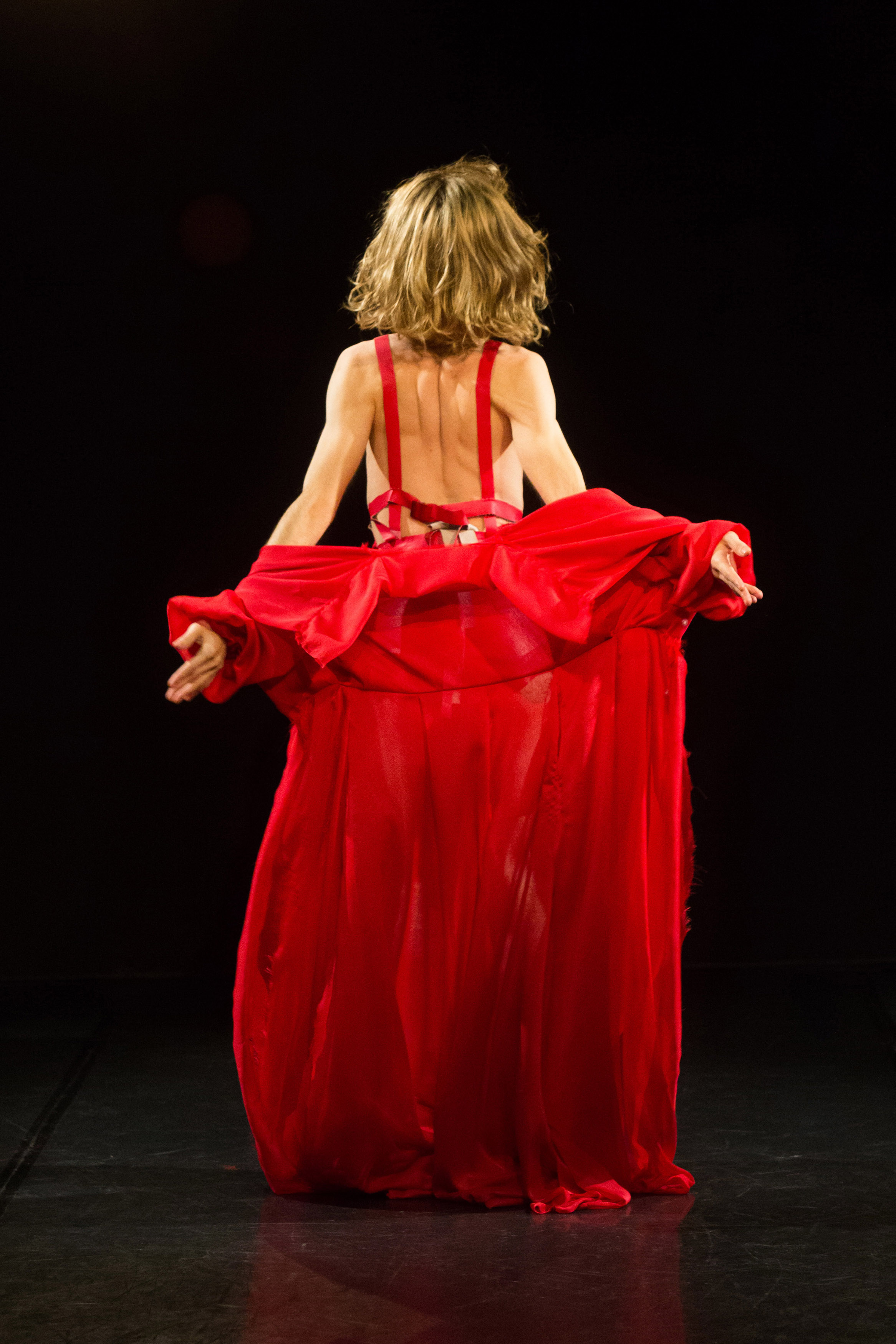 I have the most phenomenal doctor in the world, I like to visit her so much. But I’d prefer to go to a specialist, they’re still the bigger experts. What if I tell you a little about my doctor, who’s a bounty of bounties. Super Babe. But a real one! If anyone is my role model, that's her. I’d like to become such a woman.
Urban Belina, Lažna dojka

Postmedia artist, literary translator, and writer Urban Belina in collaboration with performer Daniel(a) Petković researches the fields of neo-burlesque, queer phenomena, healthcare and wellbeing industry, marginal anatomies and identities of the rainbow spectrum, as well as other divergent expressions and syndromes of (post)human experience. In the scripted performance The Fake Bosom they present the story of Lady Anous, individual on the transgender spectrum in the grip of healthcare system during an acute phase of hypochondria. On the level of text, Belina plays with a certain fusion of queer with healthism and omnipresent fostering of a healthy lifestyle.
On the scientific and social level we can find parallels with the construction or development of a biology based on technology, a temporal postgender entity that represents a premonition of a future ecosystem, populated with hyper-natural or biologically modified former-human beings.
In the framework of performance research we developed a protocol for temporal modification of gender spectrum that includes the use of technology of anatomical, adapted breast prosthetics with a mechanical (pressure) gland with outer secretion and the use of other established social technologies for gender codification, through which the transformation of performer Daniel/-a into the aggregate of diagnosis and anxieties of Lady Anous takes place. Protocol enables performing temporary shifts on the gender spectrum with relatively mild adverse reactions.

The doctor says: I think this will be rather impossible. You know, the test I order must be justified according to the rules. If we look at your condition more closely, it's obvious that you want to be a woman, but your body is still developed with male features. I can’t send a person of male gender to a mammogram. It's not justified. Health insurance won’t cover these costs. You want to say I need to go to surgery before you can send me to a mammogram? Well, then write me a referral for that, I want to change my sex, I'm already determined. Write it right now, I’ll go get an appointment tomorrow morning!

The results of the test are inconclusive, we were not able to determine the cells of the collected tissue. The formations of my body are incorrectly differentiated and don’t belong to the standard classification of diseases, although they’re not normal tissue. There’s no mammaglobin in me. There’s no female tissue in me. But that's not true! They’ll never understand that I'm a real woman! That I have everything, including a mother's instinct!

Production
Daniel Petković and
Urban Belina, both self-employed in the field of culture

Financial support
Artistic research received support from the Ministry of Culture of the Republic of Slovenia in 2017.
List of exhibitions
In the media